Why is There Something Rather Than Nothing?:
23 Questions from Great Philosophers


A tour of Western thought by one of the world's most eminent philosophers – in a book that fits in the palm of your hand. How can we know anything? Why is there evil in the world? What is the source of truth? Is it possible for God not to exist? Here Leszek Kolakowski explores the essence of these ideas, introducing figures from Socrates to Thomas Aquinas, Descartes to Nietzsche, by concentrating on one single important philosophical question from each.

The Woman from Hamburg and Other True Stories

The Contract; A Life for a Life


The book, based on the author's memoirs, relates the odyssey of a 13-year old boy in Nazi-occupied Warsaw during World War II, who had joined the Resistance movement, later surviving several hair-raising escapes, until his liberation. 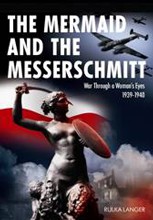 
It is absolutely one of the best eye-witness accounts of WWII Poland that I’ve ever read.
- Alan Furst, author of The Foreign Correspondent and The Spies of Warsaw

The Girl in the Red Coat

A Concise History of Poland

Legends of Modernity: Essays and Letters from Occupied Poland, 1942-1943

From Warsaw To Wherever

The Greatest Battle: Stalin, Hitler, and the Desperate Struggle for Moscow That Changes the Course of World War II

The Rape of Europa: The Fate of Europe's Treasures in the Third Reich and the Second World War

A Question of Honor
The Kosciuszko Squadron: Forgotten Heroes of World War II


Olson and Cloud’s book is both a tribute to the Polish pilots and, more broadly, an eloquent indictment of the realpolitik that led Britain and America to turn their backs on Poland later in the war in a craven attempt to appease Stalin. - The Times of London 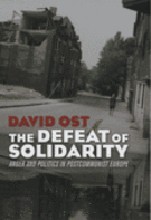 The Defeat of Solidarity
Anger and Politics in Postcommunist Europe

The Spring Will Be Ours: Poland and the Poles from Occupation to Freedom