Solidarity's Secret. The Women Who Defeated Communism in Poland

by Shana Penn
The University of Michigan Press , January 2005

A Traveller's History of Poland

by Alexander B. Rossino
University Press of Kansas , January 2003

The Red Prince: The Secret Lives of a Habsburg Archduke


In this exhilarating narrative history, prize-winning historian Timothy Snyder offers an indelible portrait of an aristocrat – the rebel among the Polish Habsburgs – whose life personifies the wrenching upheavals of the first half of the twentieth century, as the rule of empire gave way to the new politics of nationalism.

Enthralling…Out of the gaudy and changeful life of a man born into an era of transition and violence, Timothy Snyder has fashioned a powerful historical fable. - Christopher Clark, Times Literary Supplement

Bloodlands: Europe Between Hitler and Stalin


Mass killing in Europe is usually associated with the Holocaust, and the Holocaust with rapid and industrial killing. The image is too simple and clean….

No matter which technology was used, the killing was personal. People who starved were observed, often from watchtowers, by those who denied them food. People who were shot were seen through the sights of rifles at very close range, or held by two men while a third placed a pistol at the base of the skull. People who were asphyxiated were rounded up, put on trains, and then rushed into the gas chambers. They lost their possessions and then their clothes and then, if they were women, their hair. Each one of them died a different death, since each one of them had lived a different life.
-Timothy Snyder, Bloodlands.

Like Eating a Stone: Surviving the Past in Bosnia


A grim and compelling account of life after the war in Bosnia.

“This is reportage of the highest order – reportage that employs the specific to tell a universal truth. [A] profound meditation on the horrors of war, [Tochman’s] work is all the more powerful for leaving the answers to terrible questions hanging.” – Financial Times.

“[Tochman's] style is all the more powerful for its restraint: outrage speaks terribly for itself, needs no hype, no color.” – Sunday Times (UK) 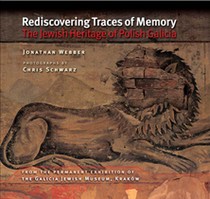 Rediscovering Traces of Memory:
The Jewish Heritage of Polish Galicia


A moving account of what is being done to preserve the memory of what was lost and of the people, both Poles and Jews, involved in this important undertaking. – Antony Polonsky

A Secret Life:The Polish Officer, His Covert Mission,
and the Price He Paid to Save His Country


Thrilling not only in its chronicle of an honorable betrayal during the Cold War’s endgame but also in its portrait of the strangely loving epistolary relationship between the spy and his American handlers. - The New Yorker

Everything That Rises: A Book of Convergences

And Yet I Still Have Dreams: A Story of a Certain Loneliness

by Joanna Wiszniewicz
translated and with a foreword by Regina Grol
Northwestern University Press , December 2004

Haskalah and Hasidism in the Kingdom of Poland: History of a Conflict 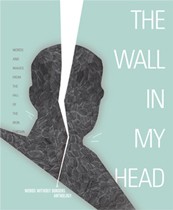 The Wall in My Head:
Words & Images from the Fall of the Iron Curtain
edited by Words without Borders


The Wall in My Head is an exciting anthology of texts and images by writers and artists who witnessed the collapse of Communism firsthand and by those who grew up in its wake. Polish authors Zbigniew Herbert, Pawel Huelle, Ryszard Kapuscinski, Dorota Maslowska, and Andrzej Stasiuk are featured.

The editors have arranged these high-caliber works to create a tension between celebratory and somber writing, and that gives the book a touch of greatness.– The Brooklyn Rail