Playwrights Before the Fall:
Eastern European Drama in Times of Revolution

Adam Mickiewicz: The Life of a Romantic


Adam Mickiewicz (1798-1855), Poland’s national poet, was one of the extraordinary personalities of the age. Roman Koropeckyj draws a portrait of the Polish poet as a quintessential European Romantic. This richly illustrated biography-the first scholarly biography of the poet to be published in English since 1911-draws extensively on diaries, memoirs, correspondence, and the poet’s literary texts to make sense of a life as sublime as it was tragic.

New Europe: Plays from the Continent


The first U.S. play collection to feature work from several countries on the European continent in the post-1989 era includes Malgorzata Sikorska-Miszczuk’s The Squirrel-Man. Seven plays explore issues of terrorism, immigration, youth, globalization, families, and post-communist culture in the years since the fall of the Berlin Wall and expansion of the European Union.

Dramaturgy of the Real on the World Stage


Published, in part, through a grant from the Polish Cultural Institute in New York.

Polish contributions include essays on the history of documentary theater in Poland by Agnieszka Sowinska and Joanna Ostrowska, as well as the texts of two Polish plays: The Files by the Theatre of the Eighth Day and Burn Your House Down by Pawel Demirski, along with an interview with Demirski by Pawel Sztarbowski, We’re not Hyenas. 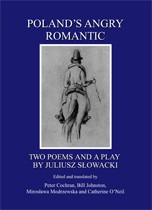 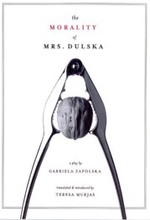 The Morality of Mrs. Dulska


A landmark of early modernist Polish drama, Zapolska’s play is an uncompromising look at gender and class in fin-de-siècle Poland. In her introduction Murjas discusses the many intriguing challenges involved in its cultural transference, combining the perspective of translator with that of theatre practitioner. This book is a rare treat in a much neglected area of modern scholarship. – Dr Elwira Grossman, University of Glasgow 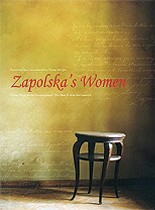 
Zapolska was one of Poland’s foremost modernist playwrights, and… an uncompromising explorer of gender construction and class oppression in fin-de-siècle Poland.